So what is her story?  Why was I so sure?  Danielle messaged me one day and said ‘I want to try one of your classes’.  She told me she had made some major life changes recently and she was ready to start working out.  I told her to come into class.  Then I didn’t hear from her.  So I messaged her and she admitted she was scared to death and has never worked out before.  I set up a one on one consult to bring her in and show her what we do in class and to conduct a physical assessment.  When she came in she again admitted how nervous she was and how this was such a stretch for her but she told me she had recently lost 70lbs and had a life changing health scare and it was her time now to take care of herself.  Her attitude, her honesty, her transparency and her smile was how I knew she would dig deep.  She did everything I asked in the physical assessment and I was absolutely amazed by how great her form was in the exercises.  She was a natural and was very grateful for the time I took to orient her to the gym.

The class she decided to take was a Saturday morning class called Box-n-Burn.  This class is a High Intensity Interval Training (HIIT) class consisting of short intervals of intense exercises such as boxing combinations on the heavy bag, burpees, high knee runs, lunges, pop squats and slam ball slams.  It is an hour long and very intense but can be conducted at any level.  Each interval is taken at your pace so we had talked about modifications and taking breaks when Danielle would need them so she could complete the entire class.  I messaged her the day before class to make sure she was coming.  She confirmed and said she was very nervous.  I was so excited for her to come into class because I knew she would love it and I knew she would rock it.

During class I checked in on her and she kept giving me a smile and a thumbs up.  She continued to push herself the entire class and I was again amazed at how well she was able to complete the exercises.  Maybe this does not sound totally amazing to you but I have had clients that have worked out for years and their form still needs correction and they constantly need mental motivation to keep digging.  I believe we are all athletes but she is a natural with an attitude that nothing is stopping her.  If we could bottle that people would be lining up at the door because that is called grit and that can’t be bought it needs to be caught. 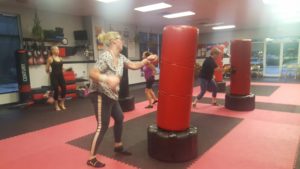 This is not the end of Danielle’s journey.  Not in the least.  She will have bad days.  She will skip class and need motivation.  She may even wake up Monday morning after class and vow to never take another class because she is so sore.  But she will keep digging and when she hits a rock she will work her way around it so she can dig deeper.  This I do know.  This is why I do what I do.  Thank you Danielle for allowing me to be a part of your journey.  Let’s dig deep. 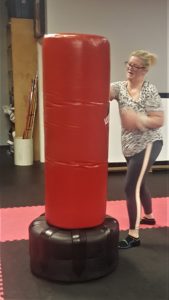 This site uses Akismet to reduce spam. Learn how your comment data is processed.

This may be a good place to introduce yourself and your site or include some credits.